2ND UPDATE: Another Undead ’80’s Zombie Prom is in the works, but the sequel is coming at you ON A BOAT.  It’s the Rocks Off Concert Cruise series, and we’re headling on Friday, Sept. 28th, 2012.  More info here!

Wow.  Friday the 13th.  What a fun night at The Bell House.  Thanks to each and every zombie who came out.  We were moved by how many people came decked out, despite the freezing cold Brooklyn weather.  Y’all were getting down! 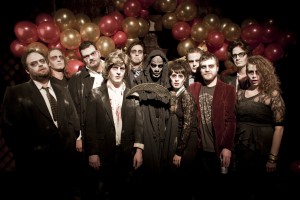 Guess what? We’re psyched to be heading back to THE BELL HOUSE in Brooklyn on Friday, January 13th.

This party could be the death of us all.

Turns out we’ve been quarantined and left for dead since the late 80’s, along with the students of Gowanus high school.  We were originally hired to play the 1989 Gowanus high winter formal, but alas, things went horribly, horribly wrong.  From The Gowanus Star: 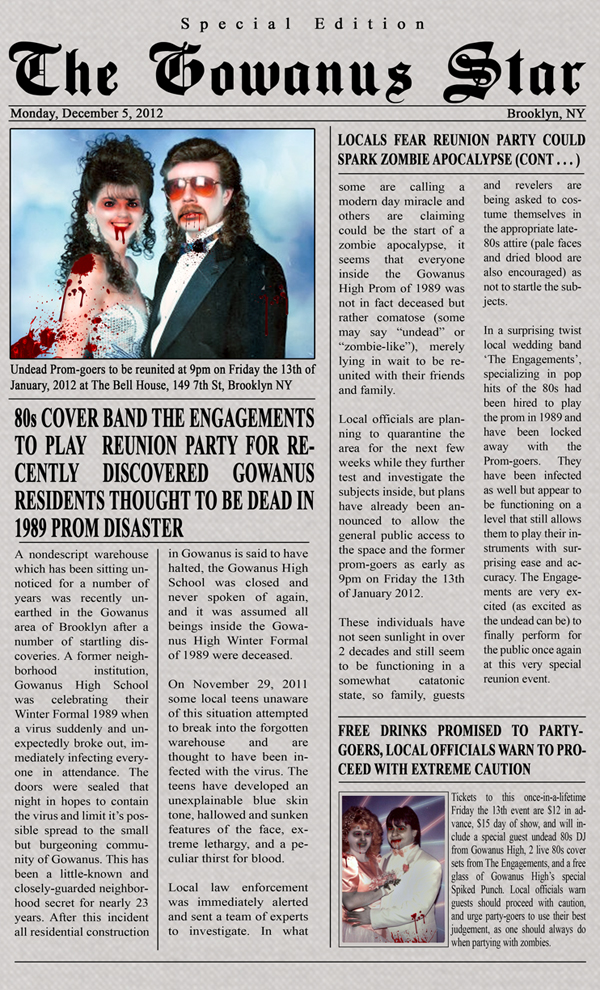 We plan on digging into a couple of thick 80s dance sets.

Tix are $12 in advance, which includes a free drink. Buy tix HERE.

Here’s “Let’s Dance” from one of our “pre-virus” shows.